An Inspiring Business Leader: From Rags to Building a Business Empire 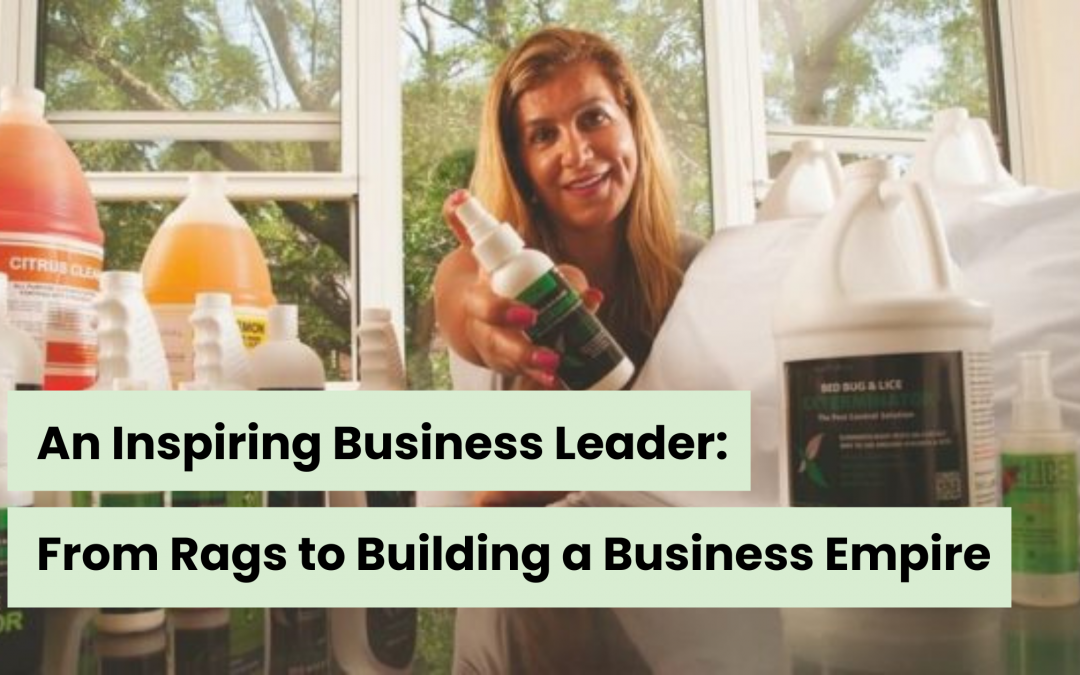 Building your own business from the ground up is no easy feat, especially for a single mother of three. But that is exactly what pioneering businesswoman Nicole Levine did when she came to America from Israel.

Her perseverance and ingenuity allowed her to solve problems and triumph over any challenge she faced. She allowed nothing to get in her way. Levine’s innovation ultimately took both her and her business to the top.

Levine’s story is an inspiring one. From humble housekeeping service provider to unstoppable entrepreneur, she is taking the world by storm.

As the founder, CEO, and president of Home Clean Home Inc., Levine views running a business as more than just being the boss. Her heart of gold shows through in how Levine treats her clients and staff.

She always does whatever she can to meet the needs of everyone she encounters.

This outlook shows through in several ways, from Levines’ ambitious business models to her everyday life.

The Making of an Inspiring Business Leader: Who is Nicole Levine?

If you met her today, you would be surprised to know that this self-made businesswoman came from such humble beginnings. When she first came to America, Levine was determined to make a name for herself.

She concentrated on making things better for the family she hoped to have in the future.

As she reflected on this time, she expressed, “I knew that there was something more in life that I needed to do. I decided that starting my own business was how I would do it. But I had no idea how big things were about to get.”

Making a new life for herself in America did not always come easily for this entrepreneurial native of Israel. When the job she had found proved unable to make ends meet, Levine set off in search of new opportunities.

“In the morning, I was teaching. That gave me a stable income. But it wasn’t enough. So, I was looking for something to do in the evening and early in the morning. That’s when I thought, ‘Okay, cleaning is perfect!’”

She began her quest for more by cleaning offices because it allowed her to work on her own time between 7 PM and 8 AM. Working this rigorous schedule allowed her to work while raising her children. She was able to earn more without sacrificing her time with them.

Doing it all on her own was not without its hardships. Keeping up with work and trying to build a life for her family left Levine little time for sleep.

“I never had a full night of sleep, only on Saturday for the Sabbath. Other than that, I would sleep in the car for a half-hour to an hour between jobs.” Levine quickly realized that if she was going to achieve the life she envisioned, something needed to change.

Soon, her vision became clear. Levine would do whatever it took to fulfill her ambitions and live the American dream.

So, her mission to find a better way had begun.

How it All Started 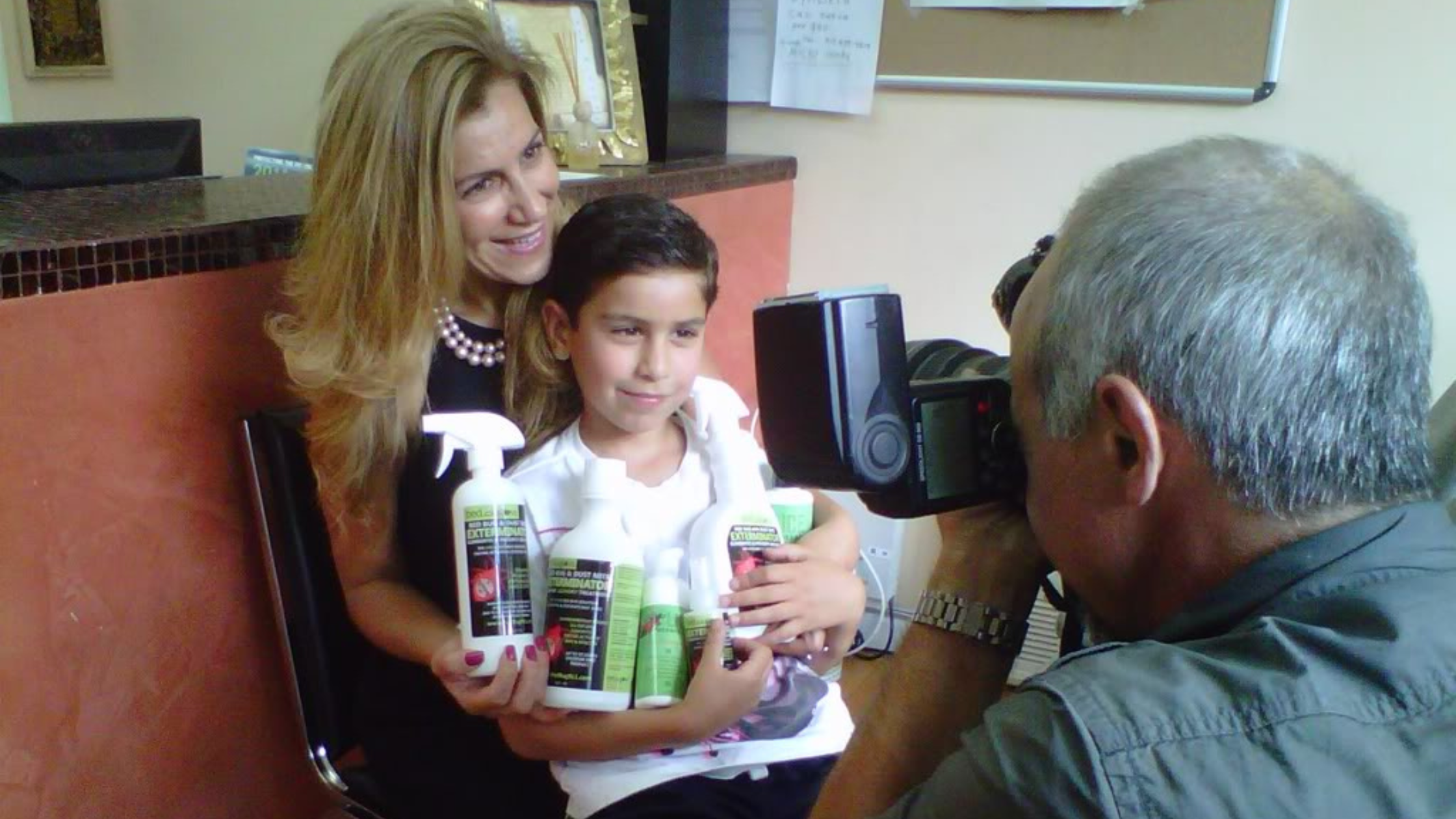 While cleaning offices, Levine discovered a unique opportunity to expand. She acquired a pest control license and founded BedBug911, her own extermination company in Brooklyn, New York. From there, Levine established the heavy-duty cleaning company Hoarders911.

After all the hard work that Levine had poured into her business, she started to see her vision come to life. Her companies were experiencing rapid growth, and she quickly became known as a top business leader in her industry.

Levine did not simply exterminate bed bugs. She developed her very own natural pest control treatment. Her groundbreaking 3-Step Bed Bug Solution, along with her cutting-edge natural bed bug spray, propelled her to the forefront of the entrepreneurial world.

Following the success of her innovative products and services, Levine decided to capitalize on the opportunity. So, she expanded her enterprise once again.

With her team of top chemists, Levine develops a wide variety of private-label products.

She caters to e-commerce specialists and entrepreneurs looking to jumpstart their online businesses.

Her latest venture is a groundbreaking line of luxury hair care products, Ellatu.

Even for a tough business mogul like Levine, the challenges of running her new business occasionally felt strenuous. But she was not about to let that get in her way.

Levine knew she had a real opportunity to grow as an entrepreneur.

She would do whatever it took to make it happen.

As a business leader, Levine never took “no” for an answer—and she never gave it as an answer to anyone else. Whatever her clients needed, she would do it.

This outlook became the foundation for her expansion. While other companies would stick to a rigidly prescribed service, Levine would do whatever it took to meet her client’s needs.

Levine was hands-on in all her endeavors, from manufacturing private-label products to providing commercial cleaning services. She was incredibly passionate about providing personalized solutions to everyone she served and still is to this day.

Levine’s ambition and drive earned her a reputation as a forward-thinking and caring leader within her community. The company was expanding quickly and showed no signs of slowing.

While Levine celebrated this victory, she also recognized that this meant a new challenge was emerging: taking her business to the next level.

Since the years that Levine first came to America, the modest business that she established has sprawled into a vast enterprise with many tendrils.

Levine was able to overcome any difficulties she or her clients faced. Her innovation was so impressive that it went beyond just a single product or service.

Each solution that she developed grew into its own complete business. Nicole Levine is now the owner and operator of a vast network.

The secret to Levine’s success lies in her perspective on doing business. She encourages the next generation of young, up-and-coming leaders in the business world to follow her example.

Levine breaks her strategy down into five inspiring pillars of wisdom:

Nicole Levine is always happy to offer her expertise as a leader in her industry and as a role model for entrepreneurship. After building her successful empire, it is paramount for her to assist others in doing the same.

She is open to business partnerships, investments, and other opportunities.

As Levine prepares for her new endeavor in beauty and hair care with Ellatu, she is determined to become the next major player in the industry.

Judging by her overwhelming success as a pioneer thus far, it seems as if nothing can stop her.